Visit the government website for more information on the roadmap to easing Coronavirus restrictions.

Our often-praised work in helping Syrian refugee families to settle in the borough and create a new, peaceful and secure life for themselves was praised by judges in the first-ever virtual LGC Awards. More than 1,500 of the most senior figures in local government gathered online for the annual Local Government Chronicle Awards. 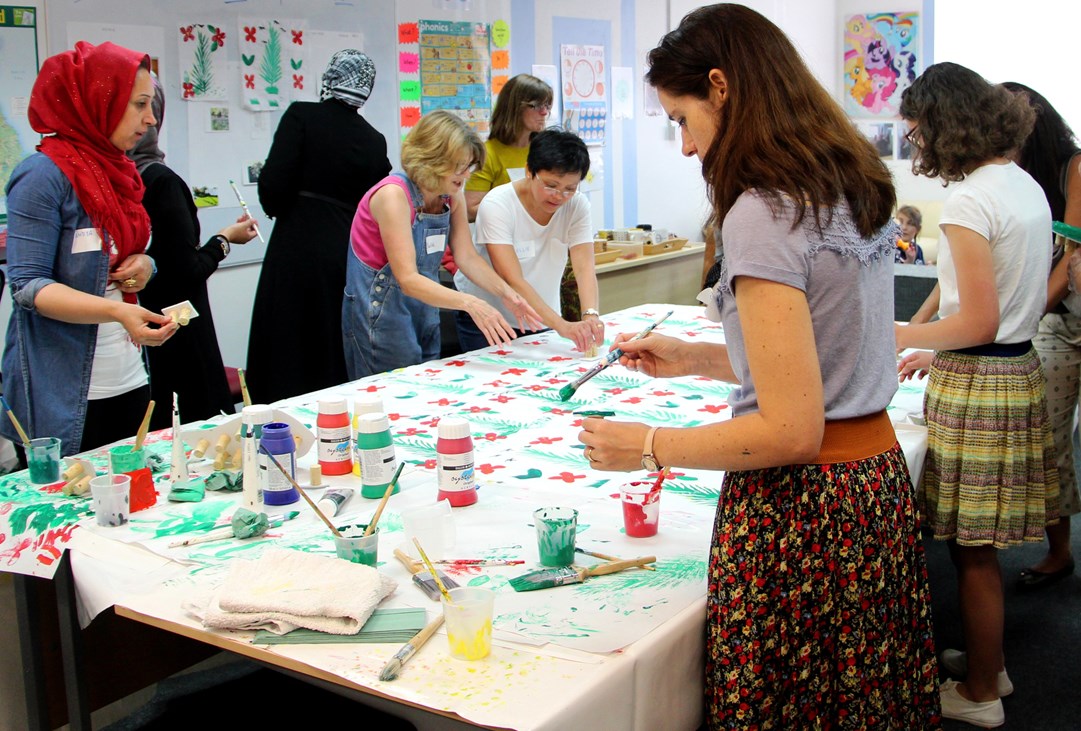 Commenting on our entry, the judges said: “A great strategic approach to an important integration project with both organisational and community buy in. This has secured very impressive outcomes and transformed lives with backing of the local community. The project exemplifies the very best in officer and political leadership and demonstrates what can be achieved when innovative approaches are championed at all levels.”

Winners of the 21 LGC awards are heralded as the councils doing the most to innovate to ensure they best serve their residents.

Cllr Gerry Clarkson, Leader of Ashford Borough Council, said: “To win this award when we were up against incredibly strong entries in this category is a true testament to the life-changing impact that our scheme has had for dozens of desperate families who now call our borough home.

“We are making a huge difference to the lives of people most affected by the global refugee crisis. I thank all those council staff who have dedicated themselves to making this programme such a success. The support from local residents, voluntary organisations and community and faith groups continues to be key to enabling successful integration. I’d also like to thank those private landlords who have already helped, and I’d encourage others to offer suitable properties they may have in support of this important project.”

The council’s project co-ordinator, Anne Forbes – who received a British Empire Medal in the 2018 New Year’s Honours List for her work – said: “We were absolutely thrilled and very surprised to win this award against such strong opposition. It is a welcome testament to Ashford’s approach to resettlement, the team, partners and wider community and also to the huge resilience, hard work and willingness of the refugees themselves.

“They have worked with us and the community to build new lives and create strong bonds. In these unprecedented times they have taught us a lot about how to deal with adversity.” 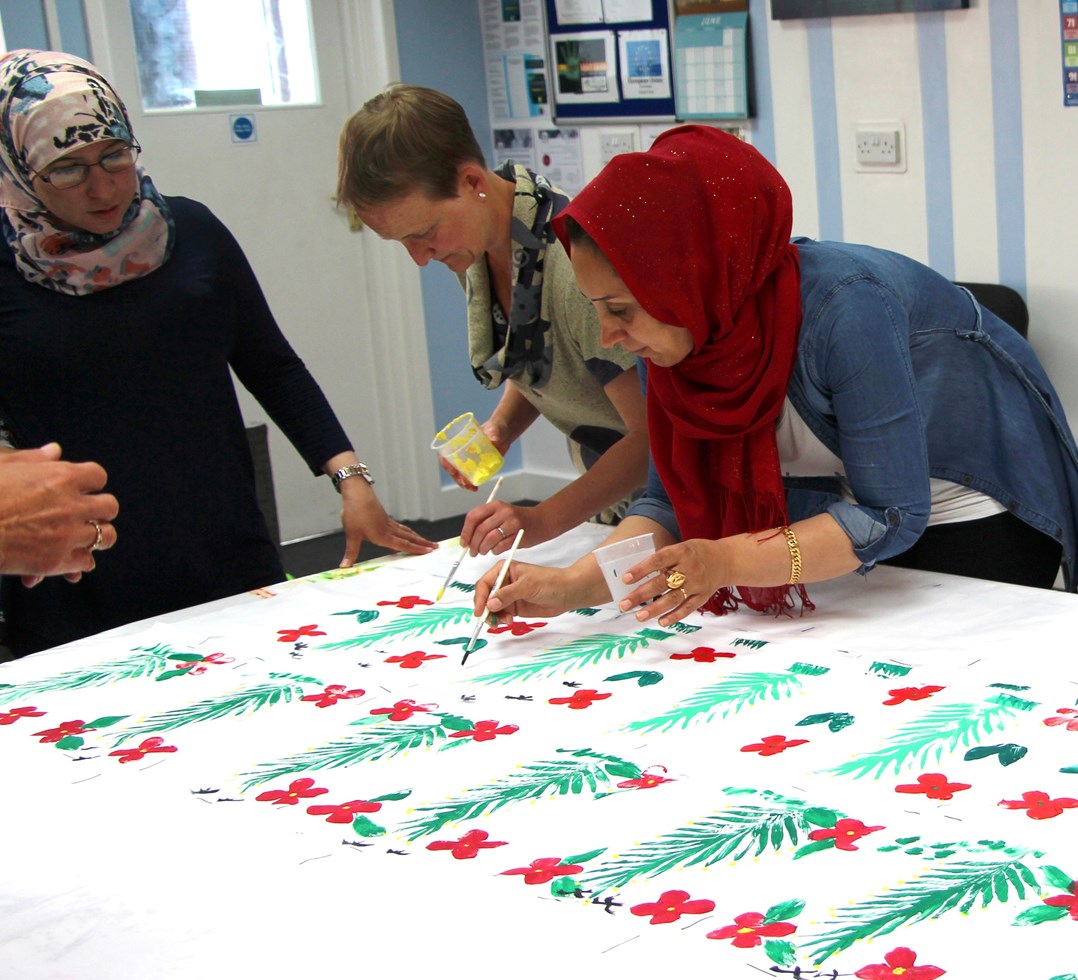 Another photo from the Syrian Home Project, taken in summer 2018. Credit: Anna Ray

Final word goes to Rand Alhouseh and his family, the first to be welcomed to the borough in December 2015: “My family and I would like to thank the people of Ashford very much for all of your help. Because every time we needed help, you would do everything you could to help us and we really appreciate your kindness. We are safe in our new community.  Thank you Ashford.”

Under the old VPRS programme, Ashford welcomed 34 families totalling 146 refugees over a four year period. Ashford has resettled more vulnerable families from war-torn Syria than any other district in Kent, and indeed across the south east outside of London. Further arrivals that were expected in March 2020 are still delayed due to the pandemic. We look forward to welcoming them.

Councillors decided to continue to play an active part in the national commitment to planned refugee settlement under the new scheme, opening the door to more refugee families desperate to make a new life away from their stricken homeland.

While refugees resettled under UKRS can be drawn from anywhere in the world, councils can request refugees from cultural backgrounds they are best placed to support. Ashford is continuing to support families with Syrian origin as the council has the expertise and existing infrastructure already in place to best support their successful resettlement.

It was agreed to extend the planned resettlement of refugees in Ashford to offer a new beginning for up to 50 people (around 10 families) each year under UKRS, subject to the availability of suitable private rented property. Councillors also agreed to continue the development of projects and infrastructure to enable successful integration and promote community cohesion to benefit the wider Ashford community.

The resettlement scheme is fully funded by the Home Office so there is no major financial burden on participating councils. Ashford decided from the outset not to use any social housing – easing any fears that refugees would jump the queue of those on the housing waiting list. Refugee families are in private sector accommodation and continue to make a positive contribution to the communities in which they have found new homes.

Ashford has been successful in supporting refugees into employment. More than half the families now have at least one family member in paid employment. Of those currently available for work, more than 40% have secured paid employment with the rest undertaking volunteering and work experience. This is much higher than the figures nationally (3%) and regionally (11%).

Dedicated training has been provided in partnership with Concept Training in Ashford. This combines English language learning and workplace skills, including awareness of UK employment and health and safety legislation. Provision at Concept began with a course intended to improve employment prospects and has now expanded to include courses accessible for those with childcare responsibilities for pre-school children. 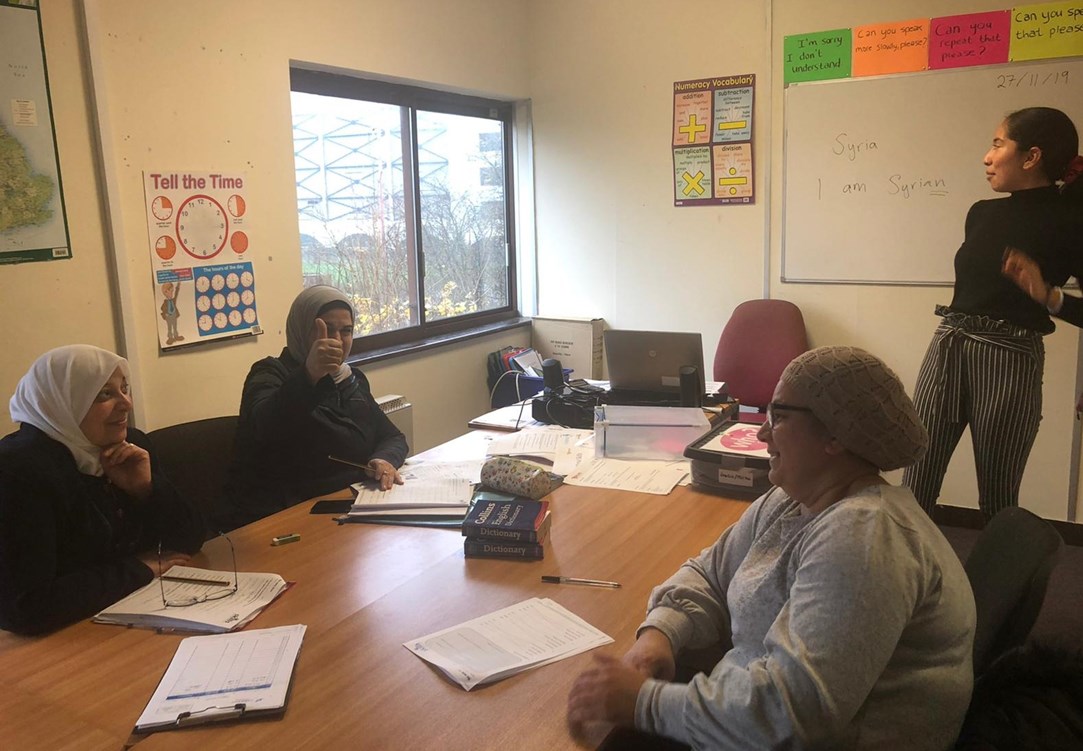 Ashford is approached regularly by other councils seeking advice on resettlement. The programme was awarded Outstanding Achievement in Housing at the 2018 Kent Housing Group and Kent Joint Policy and Planning Board for Housing Excellence Awards in 2018. Ashford was praised by the Home Affairs Select Committee, as well as being endorsed by a visit from the then Home Secretary, Amber Rudd MP.