Ashford Borough Council’s Housing team has been shortlisted in two categories at the national UK Housing awards. The recognition is for two major housing projects and also a rebranding of its older persons independent living offer, called Dahlia.

The Council has been shortlisted for the Housebuilder of the Year (South) category for one of its new schemes – Halstow Way – and also in the Best Older People's Landlord category, with East Stour Court used as a case study.

Halstow Way comprises 17 flats in South Ashford, a mix of one-bed, two-bed and some stunning three-bed duplex apartments overlooking Noakes Meadow. It is built on the site of a former run down play area.

East Stour Court, an independent living scheme for older people, made up of 29 one- and two-bed apartments, including two fully wheelchair accessible homes complete with adjustable height worktops and a wider hallway to ensure bigger turning circles.

The £7.1m East Stour Court scheme is located at Mabledon Avenue, and is designed to be dementia-friendly throughout, taking into account colour schemes, light, corridor lengths, patterns and memory shelves. It has been devised in recognition of the need to make special provision for the needs of an ageing population – by 2026 it is anticipated that around 40% of the residents within the borough will be aged over 50.

Both schemes were designed by the authority’s in-house architect. 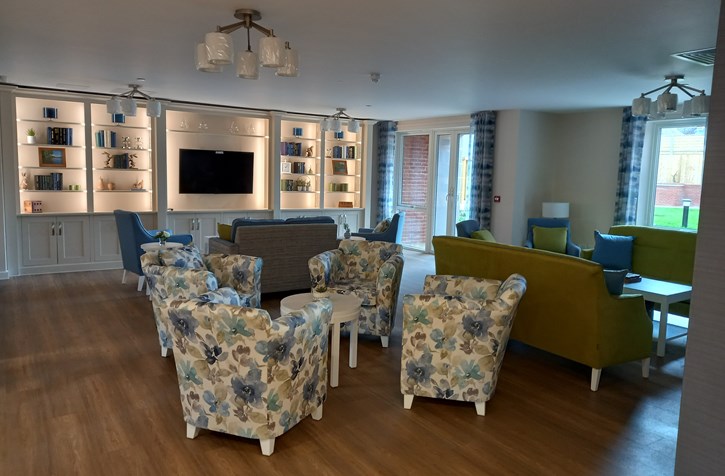 Dahlia – a fresh look at independent living in Ashford

The best older people's landlord category nomination recognises the work the Council has done not only delivering new, high quality dementia-friendly and care ready accommodation like East Stour Court, but also how it has shifted the emphasis and perception of what it is like to live in quality accommodation that combats isolation in older people and reduces the need for separate healthcare interventions.

The council had consulted widely with residents and staff before adopting a new model of housing provision for older folk. As a result, it created a new brand that sums up this fresh approach to independent living in the 21st century.

“The Dahlia was chosen to symbolise our approach to independent living because traditionally it represents inner strength, change and dignity,” explained Sharon Williams, Head of Housing at Ashford Borough Council.

Sharon said the catalyst for change has been Britain’s ageing population, which has driven a national focus on housing provision for this sector. Nowhere is this more evident than in Ashford, where in just two years’ time it is expected that nearly a quarter of all residents will be aged 65 or over.

“We are looking to offer a variety of living options, from community bungalows to independent communal living. Some will be in urban areas, while others will have more rural settings. All will be self-contained and provide comfortable, modern homes for affordable rent for older people.

“We are preparing for the needs of an ageing population by building and remodelling homes for older people to live more independently in homes that are the right size for them.

“This change of approach ties in with our multi-million pound modernisation plan for our old sheltered housing schemes. We are building and remodelling accommodation for older people so they can live more independently in homes that better suit their needs,” she said.

Ashford’s Housing team have to make their final pitch to a judging panel for each award in October, before the awards themselves take place on 25 November in Manchester.