Following the inauguration of a new initiative last year, the NHS, Social Care and Frontline Workers Day, Ashford Borough Council once again joined many other authorities across the country to express their gratitude in recognising the heroes of the NHS (National Health Service), Social Care and those on the frontline.

The second NHS, Social Care and Frontline Workers Day took place on Tuesday 5 July 2022. The Mayor of Ashford, Councillor Jenny Webb and the Leader of Ashford Borough Council, Councillor Gerry Clarkson CBE hosted a short ceremony with a moment of reflection outside the Civic Centre and raised the ‘Thanks to the NHS’ flag.

As we mark the 74th anniversary of the NHS, this will be a unique day of celebration and commemoration of those who work twenty-four hours a day, seven days a week without any thought of their own safety. This milestone also provides the opportunity for the NHS to demonstrate how they have adapted to meet the changing needs of each successive generation.

Visit our donate to NHS, Social Care and Frontline Workers page if you would like to make a donation. 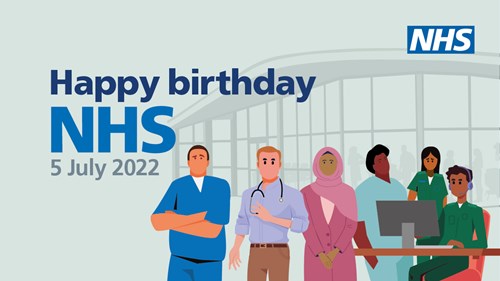 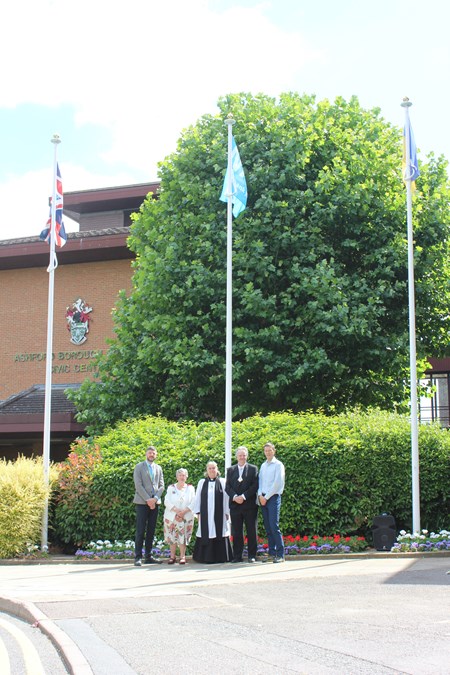 In 2021, representatives from our frontline services were in attendance. Also joining the past Mayor Cllr Callum Knowles and the Executive Leader of Ashford Borough Council, Cllr Gerry Clarkson CBE were a number of the community champions recognised by the local citizens and presented with the Ashford Applause awards during the pandemic. (as seen in the photograph below). 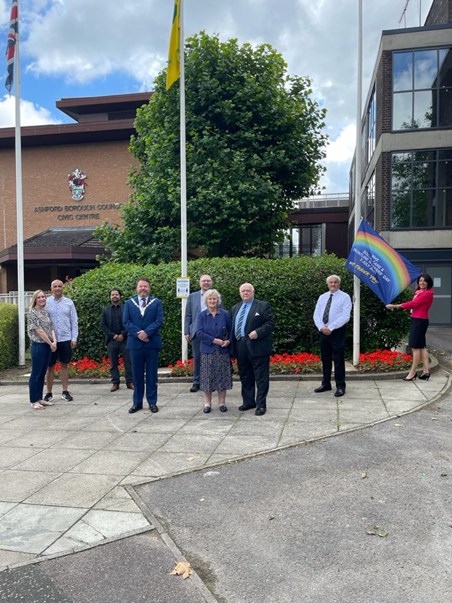 Prior to the establishment of the NHS, the healthcare system in England and Wales was considered inadequate. Infectious diseases were rife and infant mortality rates were high. People also had to pay for their healthcare – of which many could not afford.

During the Second World War, the Beveridge Report put forward a recommendation for “comprehensive health and rehabilitation services” and was supported across the House of Commons by all parties. In 1944 the Cabinet endorsed the White Paper put forward by the Minister of Health that sets out the guidelines for the NHS - funded from general taxation.

The NHS took hold when Clement Attlee came to power in 1945 and Aneurin Bevan became Health Minister. The NHS launched on 5 July 1948 on the values that the services would help everyone, healthcare was free and would be provided based on need rather than ability to pay.

Since 1948, the NHS has gone through many changes and improvements, updates and modernisation processes. On that first day, the service took control of 480,000 hospital beds, 125,000 nurses, 5,000 consultants, as well as scores of GPs, opticians, pharmacists, dentists and more.

Today, there are now 1.7million people employed by the health service across the UK, making it the fifth largest employer in the world. The number of nurses have trebled while the number of doctors employed has risen 10 fold.

Overall, the NHS has had a major impact on the nation’s health. On average, people now live 13 years longer than they did 80 years ago. Better access to healthcare has undoubtedly played a key role. Today, we could not imagine life without the NHS.