The Worshipful, the Mayor of Ashford

The Mayor of Ashford is the borough's first citizen. He/she is elected for a year's term of office at the annual meeting of the council in May. 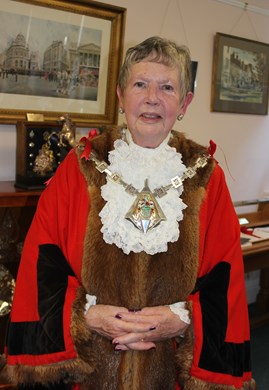 Responsibilities of the Mayor include:

For more information on the Mayor's badge and chain of office please visit our Borough Regalia.

This year the Mayor's charity is Singleton Spaces. The key objectives of the charity are to preserve, protect and improve the natural environment for the public benefit, in particular but not exclusively by promoting and supporting the creation and maintenance of green spaces within the area of benefit. As well as advancing education for the public benefit in conservation, protection and improvement of the physical and natural environment.

Donations should be made payable to: ‘The Mayor of Ashford’s Charity’.

To request the Mayor to attend an event

The Civic Engagement Officer or an officer from the Members’ Services Team will be in contact with you regarding your invitation.  If the engagement is agreed, relevant information should be sent to the Mayor’s Parlour at least two weeks before the event.

The Mayor always has precedence in Ashford borough, except in the presence of Her Majesty the Queen or her representative.