Visit the government website for more information on the roadmap to easing Coronavirus restrictions.

The stags from Victoria Park have gone missing! While this isn’t breaking news, new evidence has come to light during the National Lottery Heritage Fund project to revitalise Victoria Park, which shows that they weren’t melted down during the war as previously believed.

You might have seen the hoofprints and wanted posters within the park, these are all part of the campaign to find out what happened to the stags, and to see if they can be restored to their homes alongside the Hubert Fountain as part of the project.

Victoria Fannon, Volunteer and Community Engagement Officer, explained: “We were looking at archive photos of the park and came across a collection where the same photo had been taken from the same place every year over several years. One of these was from around the 1950s and shows the stags in place but missing their antlers. The date shows that they can’t have been removed and melted down as part of the war effort. 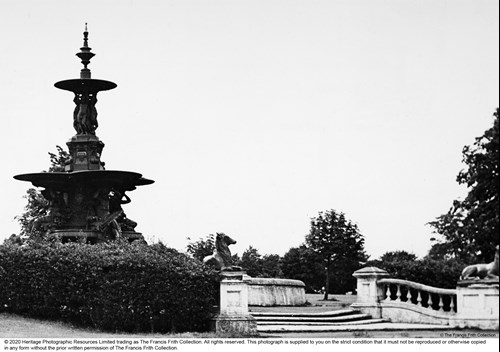 “We’re appealing to anyone who might know what happened to them, or if anyone can narrow down the timeframe when they were moved from the park. They were big, life-size iron models so wouldn’t have been easy to move.”

If you have any information that might help find the stags, or any old photos of Victoria Park and the stags, please email Victoria.

The project team is also looking for willing participants in a project gathering oral history about people’s living memories of the park so if you would like to be involved as a volunteer memory collector, or have memories to share from 1900 to today, then get in touch.