As part of the exciting Victoria Park project, a new Community Project Hub will be arriving on Tuesday 27 September.

A converted shipping container, the hub will be used to host activities, support events (such as the upcoming Scarecrow Trail next month) and share information on the project and will be situated between the fountain and the car park.

The hub is just part of a number of developments and improvements to the park, many of which will begin early next year and include a new children’s play area, improved access to the river, refurbished hub building including a proposed café and community space and more. 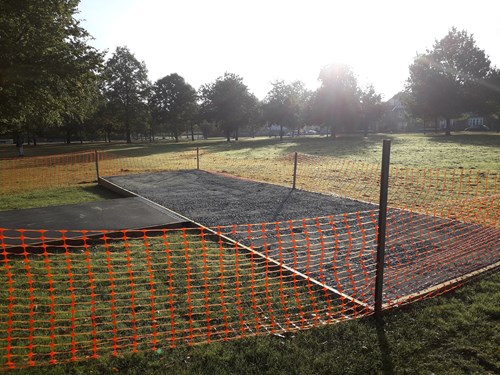 The Victoria Park Project has also recently been successful in its bid to the British Cycling ‘Places to Ride’ fund, which means existing plans in the park for a bike dirt track will be upgraded to a pump track.

At the end of the project the hub will be relocated to the volunteer compound where it will be used for storage as well as being a place where volunteers can meet, undertake training or just enjoy a little shelter from the elements!

Other News you may be interested in
Town Centre Support Grant launched
Still time to have your say on Bockhanger community space
Land Mapping Commission created to help protect the Garden of England from “rural sprawl”
Got a story to share?
Want the latest council news delivered straight to your inbox?
Complete our online form to sign up for regular email updates from the council.
Your Council
Transparency
Contact Us
Working for Us
Consultations
Conditions of Use