The Government has confirmed that we have returned to a national lockdown and everyone must Stay at Home. Visit our Coronavirus pages for more information on the support and advice available.

Book a Coronavirus test online if you don't have any symptoms.

Book a Coronavirus test online if you have symptoms.

Ashford Borough Council has secured £2,528,911 million of Government funding that will enable it to build another 60 homes at two independent living schemes in the town.

The announcement coincides with the launch of an interactive community consultation over plans to redevelop Oakleigh House, a disused sheltered housing scheme in Watercress Lane, South Ashford, creating 69 high-quality homes for the borough’s elderly residents.

Usually the council would hold an event in a community hall but due to Coronavirus restrictions on public gatherings this is not possible. So the consultation has moved online, where residents will find a video explaining the proposals, plans and documents and a questionnaire for people to complete and ask questions of officers and the architects involved with these exciting proposals.

This is the first of two opportunities people will have to comment. The housing service holds a pre-planning event, aimed at identifying the thoughts and concerns of the community. We then take these comments into consideration and adapt our proposals before they are submitted to the council’s planning committee. We then go through the planning process and residents will have a second, more formal opportunity to comment on the application at this stage.

Following the award-winning template of Farrow Court and Danemore

By 2023 it is expected that 23% of Ashford residents will be aged 65 or over so the council is preparing for the needs of an ageing population by building and remodelling accommodation for older people to live more independently in homes that are the right size for their needs. 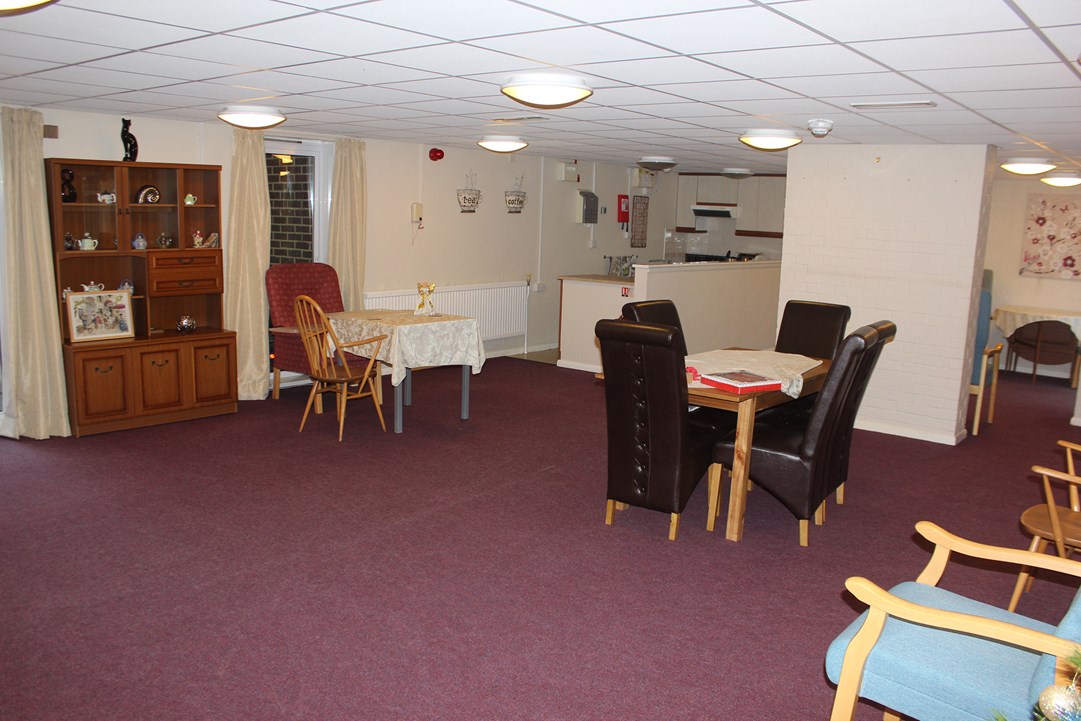 [A look inside the current Oakleigh House before its planned redevelopment]

The plan is to demolish the old Oakleigh House and build a new scheme containing 69 homes, along the lines of the hugely successful developments at nearby Farrow Court and also Danemore in Tenterden. The new-look Oakleigh House will have:

Please visit our consultations web page to learn more about the proposals. The deadline for comment on the plans is 17 August.

Oakleigh House was built in the 1970s. It comprised 32 units and is a tired old building, which looks uninspiring. Inside, it had become dated and hard to maintain. Though it was fit for purpose when it was constructed, its best days are behind it – the building was a maze of narrow, dark corridors on different levels, which is not ideal for those with mobility impairments. The residents moved out last year, after we explained our plans to replace it with a new high quality building.

The council owns all of the properties in the star block (so called as from above it looks like a star) and recently served a notice to the residents in the flats in that block to say that they no longer had the right to buy their homes if they wanted to do so. This is because the council is looking to rehouse those in the block to other council-owned accommodation and then seek to build a larger independent living scheme for older people on the land that the old Oakleigh House and the star block occupy. The council is in discussions with the residents of the star block about these plans.

The land opposite the star block

The council is looking at the smaller patch of land opposite the star block (the other side of Watercress Lane) as part of this development. At Farrow Court, the older persons’ accommodation is joined by some accommodation for those living with learning disabilities. Cherry Tree Court is a very successful scheme, offering the chance of independent living to many. We would seek to replicate this type of scheme on the smaller patch of land opposite Watercress Lane.

Cllr Bill Barrett, Ashford Borough Council’s portfolio holder for housing, said: “I am delighted that officers have secured this funding from Homes England, which sees us as a trusted deliverer of affordable housing. The amount of grant received reflects the nature and importance of delivering quality independent living accommodation across the borough.

“The money will enable us to continue to deliver considerable numbers of quality new homes for our residents. There are around 1,300 people on our waiting list and we are doing everything we can to alleviate the housing issues that we face.”

On the Oakleigh House plans, he said: “Our approach to modernising our sheltered housing stock is delivering wonderful results for the borough’s older residents and I’m excited to see that Oakleigh House is set to follow the same template as Farrow Court and Danemore. I would urge local residents to engage fully with this innovative approach to community consultation.”