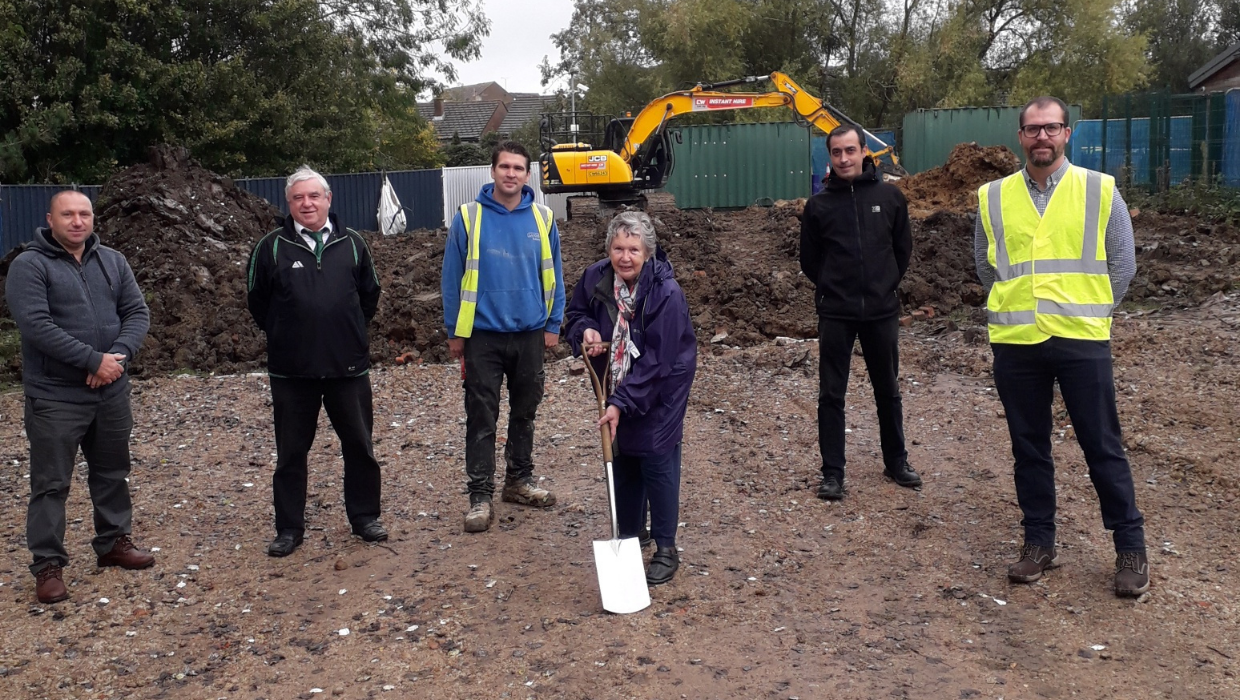 Construction on new facilities at Waterside Sports and Children’s Centre is due to begin.

The new building will be leased to Bromley Green FC, who operate out of the site in Turner Close, Ashford. When finished it will include a lobby area, four football changing rooms, an officials’ changing room, a fully accessible changing room and accessible toilet. There will also be a social area including a kitchen.

Funding for the project is coming from the Premier League, The FA and Government’s Football Foundation – £600,000; £100,000 from Ashford Borough Council through section 106 contributions, and Bromley Green FC who have raised £25,000.

Cllr Matthew Forest, portfolio holder, and Cllr Jenny Webb, deputy portfolio holder for culture, tourism and leisure, said: “Bromley Green FC has been a growing club for several years with a strong connection to the local community so it is good that this work is starting. I am looking forward to seeing the new facilities and the benefits they will bring to the area.”

Dave Homewood, Honorary Patron, on behalf of the Executive Committee BGFC, said: “We are in our 90th year and are eagerly looking forward to providing a more suitable premises for all age groups from four years upwards, disability activities, girls’ football and adults. The plans include changing rooms, social area and educational space for various groups, including Post-16 provision in conjunction with Charlton Athletic Community Trust.

“The club thanks ABC, the Football Foundation and partners at the Swan Centre and Children’s Centre for their support and looks forward to creating a thriving, safe and positive environment for the local community.

“New volunteers of all ages, both on the playing field and behind the scenes, are always sought and are welcome to contact davehomewood@icloud.com.”

The work is being done by local Ashford company Lancaster Building and is due to be finished for next summer.