The acclaimed dance company becomes the first choreographer-named organisation to have its own purpose-built home outside London. JVC has revealed its new state-of-the-art purpose-built home with the release of a series of images giving a glimpse into their new headquarters in Ashford.

The critically acclaimed dance company, which has been based in Ashford for the past ten years, will take up full residency in JVHome at the end of the year. To celebrate the opening of this bespoke cultural development, they will be hosting a series of special events from 7-9 December.  These will include public performances of Jasmin Vardimon’s new work ALiCE, a re-imagining of Lewis Carroll’s novel Alice In Wonderland, which is currently touring the UK.

Comprising a massive 400 square metre production space with up to the minute audio, video equipment, lighting and computer imaging networks, a performance and audience space and technical gallery, alongside studio rehearsal spaces, offices and a café, JVHome is designed to advanced standards of sustainability and efficiency. 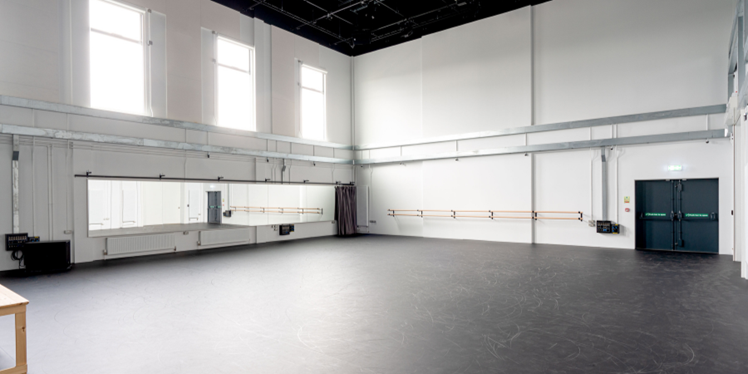 Its ultramodern fit-out provides the capital infrastructure in order to deliver financial resilience in order to sustain a creative powerhouse far into the future. This will enable the company to develop its artistic model to create content and run its internationally recognised education work and sophisticated programme of outreach work.

At the same time, JVHome will provide the community with a valuable asset, which will add to the region’s arts and health & fitness delivery, as well as contributing to the local economy.

Eight years in the planning and part funded by a £3million National Lottery grant with other financing from Kent County Council and Ashford Borough Council, JVHome also includes incubator and start-up spaces for emerging local creative companies and individuals.

Community facilities include space for additional training courses delivered in partnership with Kent County Council, a Pilates and yoga studio to house classes and a café for people to meet and socialise. The facilities are also available for the wider arts industry with a preview space for visiting companies to showcase new work. 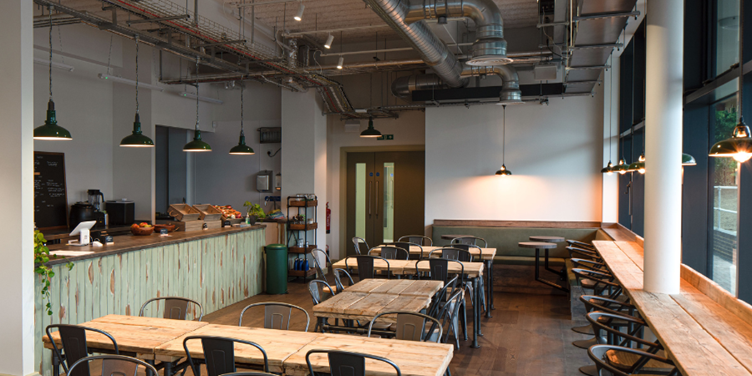 Jasmin Vardimon Company’s building is part of the regeneration of the formerly disused site on the Henwood Industrial Estate. Dubbed the Creative Enterprise Quarter the development will also become the home to other arts organisations in Kent in order to encourage connections and collaborations within a thriving arts community.

One of the first of these is the leading music education charity Kent Music, which has moved from Maidstone to become Jasmin Vardimon’s Company’s neighbours.

The complete project, which also includes 29 light industrial units, is spearheaded by Kent County Council along with Ashford Borough Council and an overall investment of £9.23 million. Additional funding has made by a Growing Places Fund loan of £1.597million from the South East Local Enterprise Partnership (SELEP).

The Jasmin Vardimon Company is one of Britain’s flagship international dance and theatre companies, and we are delighted they chose Ashford as the location for their dance studio.  This creative hub will play its part in adding to the borough’s rich tapestry of heritage, culture and artistry.

By providing more space for the Jasmin Vardimon Dance Academy to expand their international offer they will be able to share their inspiring work with local audiences. We look forward to them being able to showcase their art of dance and choreography here in the heart of Ashford and ensure the local community can see and take part in their inspiring work

The timetable for JVHome’s opening period is as follows: