On 3 May 2022 Mrs. Joyce Dawes of Chamberlain Manor in Simone Weil Avenue celebrated her 105th birthday. Joyce has family and relatives from around the country but locally she has one daughter, two grandchildren and three great-grandchildren, who call her ‘Supergran’.

To mark this momentous occasion a ceremony took place at Memorial Gardens, where a Liquidambar tree was planted in Joyce’s honour. The planting ceremony was attended by the Mayor of Ashford, Cllr Callum Knowles and the Executive Leader of the Council, Cllr Gerry Clarkson CBE. This coincided with the Queen’s Green Canopy Project to mark Her Majesty’s Platinum Jubilee year.

The event not only celebrated Joyce’s life, but also serves as a tribute to her dear father, Second Lieutenant Alexander Cowling, 1st Battalion, Cambridgeshire Regiment, who was killed in the First World War on Friday 26 April 1918, aged 32.

Alex Cowling was the son of William and Mary Cowling of 9 St Luke’s Street, Cambridge and husband to Bertha Amy Cowling of 51 Hertford Street, Chesterton Road, Cambridge. Prior to the war Alex was employed at the Ortona Motor Company, a bus company in Cambridge.

Second Lieutenant Cowling was killed by an artillery shell on 26 April 1918, during the Battle of Lys (9-29 April 1918), when successfully defending the village of Voormezele in Belgium. The Battle of Lys is also known as the Battle of Estairies or the Fourth Battel of Ypres that resulted in around 200,000 casualties.

Second Lieutenant Cowling is buried at the Tyne Cot Cemetery and Memorial in the West-Vlaanderen reign of Belgium. He was killed before Joyce’s first birthday making her quite possibly the last person still living, who lost a father in the First World War. 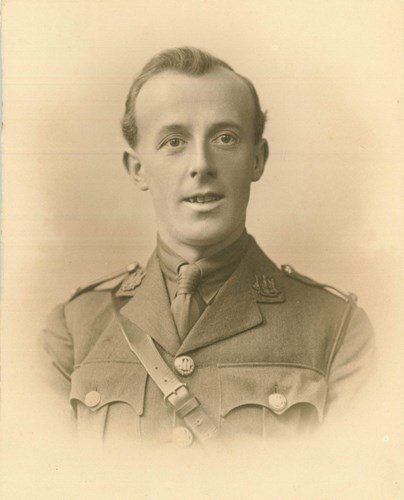 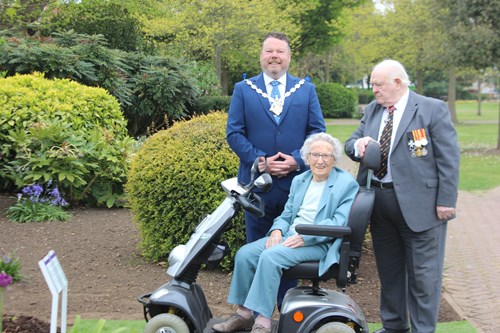 Mrs. Joyce Dawes alongside her plaque of dedication, joined by the Mayor of Ashford, Cllr Callum Knowles and the Executive Leader of Ashford Borough Council Cllr Gerry Clarkson CBE in the Memorial Gardens, Ashford. 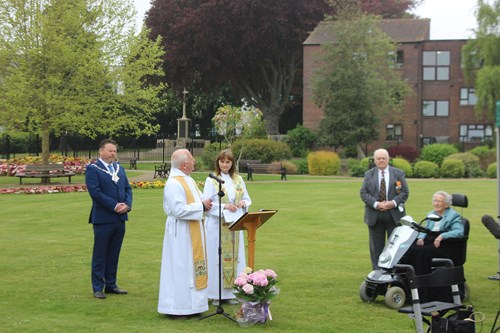 Mrs. Joyce Dawes listening to a service of dedication and blessing by Reverend Canon Lindsay Hammond, the Mayor’s Chaplain. 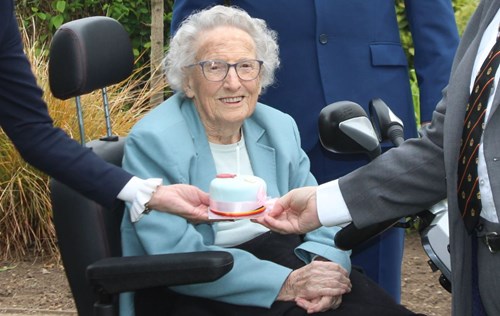 Mrs. Joyce Dawes receiving a surprise birthday cake during her 105th birthday tree planting and plaque ceremony in the Memorial Gardens, Ashford on 3 May 2022.

Letter from Alexander Cowling to his wife Amy about Joyce, 5 March 1918

Letter from Alexander Cowling to his wife Amy, 8 March 1918