Ashford Borough Council would like to convey our sincerest condolences to the Royal Family on the sad passing of Her Majesty The Queen.

It is with deep sorrow that His Majesty The King announced the death of his beloved mother on Thursday 8 September 22. 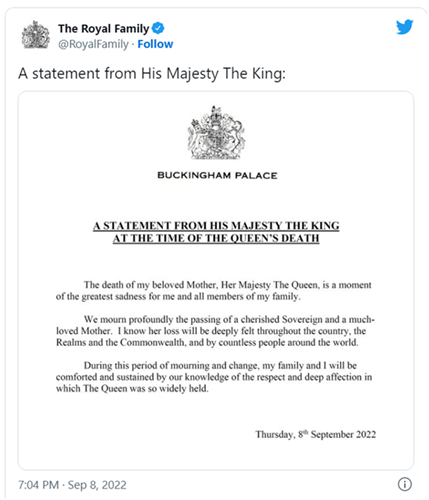 Message from the Mayor of Ashford

A message from Her Worshipful, The Mayor of Ashford, Councillor Jenny Webb on the sad news:

“Members and officers of Ashford Borough Council and residents across our borough share the sentiments of loss and sorrow felt all over the world at the passing of such an eminent patriot, whose life has been devoted to the service of her country and the Commonwealth as well as advocating peace and the importance of nations working together.

“She has been our great constant. Throughout her 70-year reign, while every aspect of our lives has changed, her dedicated duty, her decency and her dignity have provided an unending source of stability, reassurance and comfort.

“We offer our most sincere condolences to the Royal family at this most difficult time and will mourn the loss of our Head of State, great Ambassador for the United Kingdom, unifier of the Commonwealth and a leader admired and revered across the globe. Her place in history is surely secured as one of the greatest monarchs in history.”

From 9 September, a period of national mourning begun and will continue for 10 days until the day of the State Funeral on 19 September.

Floral tributes in Ashford and Tenterden

Arrangements have been made for floral tributes to be displayed in the Memorial Gardens in Ashford, with Ashford Borough Council Leader Cllr Gerry Clarkson and Chief Executive Tracey Kerly paying their own tribute on behalf of the Council.

Please note: The floral tributes will close on Tuesday 20 September at 5pm.

Our Aspire team will start to remove the dead and dying flowers this week and they will be recycled. Those messages not damaged by the recent rainfall will be collected and added to the Book of Condolence messages.

We know that many of you will wish to pay your personal tributes to Her Majesty The Queen and a book of condolence is open at the Civic Centre.

Tributes can be left Monday to Friday during the hours of 9am-5pm, or over the weekend during 11am-2.45pm. The book of condolence is open until 5pm on Tuesday 20 September.

Local Proclamation on the accession of a new Sovereign

On Sunday, 11 September 2022, the Mayor of Ashford Cllr Jenny Webb led a short service at 3pm outside the Civic Centre where she read the Proclamation on the accession of a new Sovereign. You can watch an edited version of the service below. Read the Proclamation in full online [pdf] 74KB.

On Monday 12 September, a service was held at 4pm by Tenterden Town Council, in which the Town Mayor of Tenterden read out the Proclamation from the Town Hall balcony.

A National Moment of Reflection took place at 8pm on Sunday 18 September, with a one-minute silence which Ashford Borough Council observed.The National Moment of Reflection offered the opportunity to mourn the passing of Her Majesty Queen Elizabeth II and reflect on her life and legacy.As no specific Civic Event was held by the Council, residents had the opportunity to join in at home either on doorsteps, on the street with neighbours, or via a local community event.

For more information about the funeral arrangement please visit the Royal Family website. 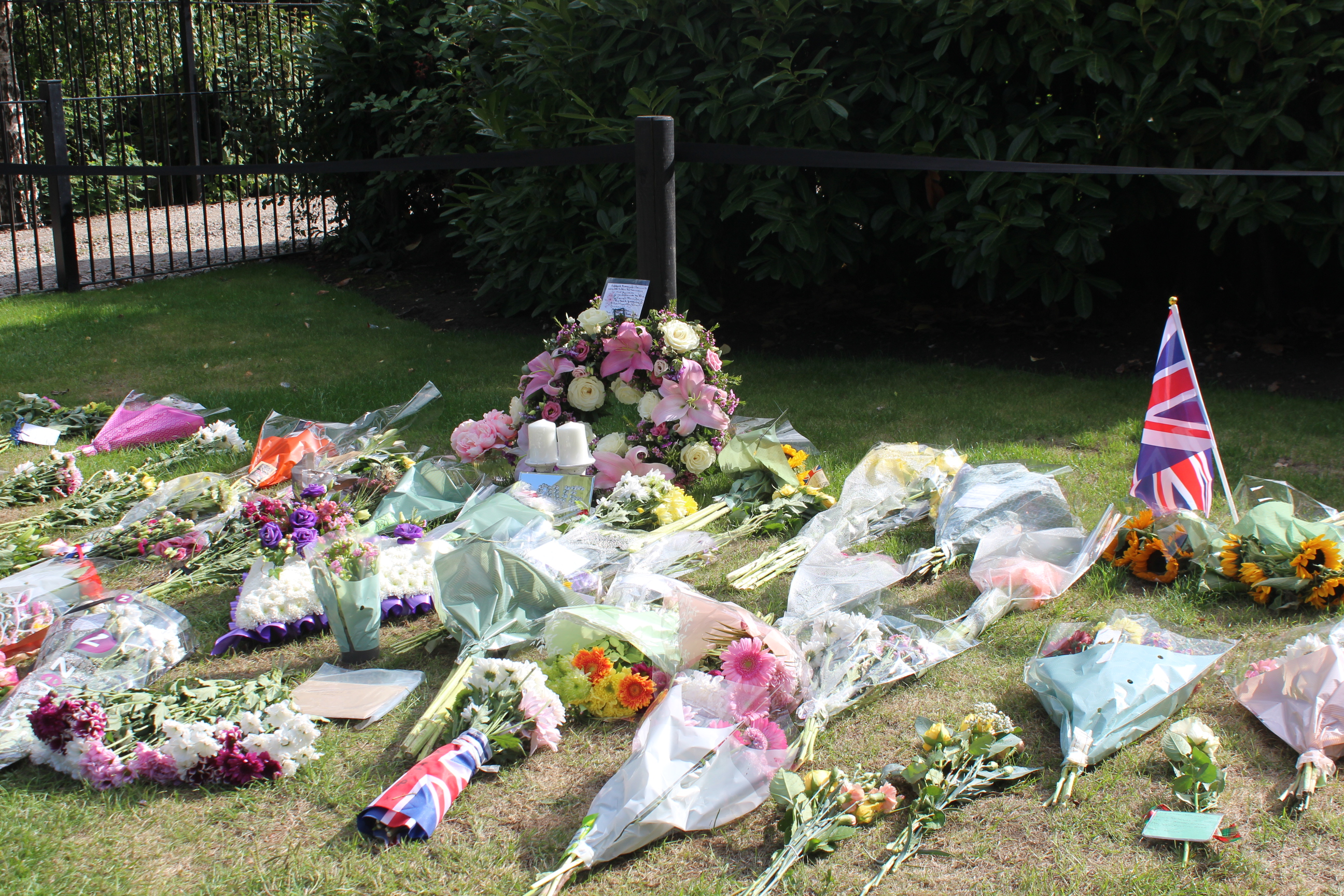 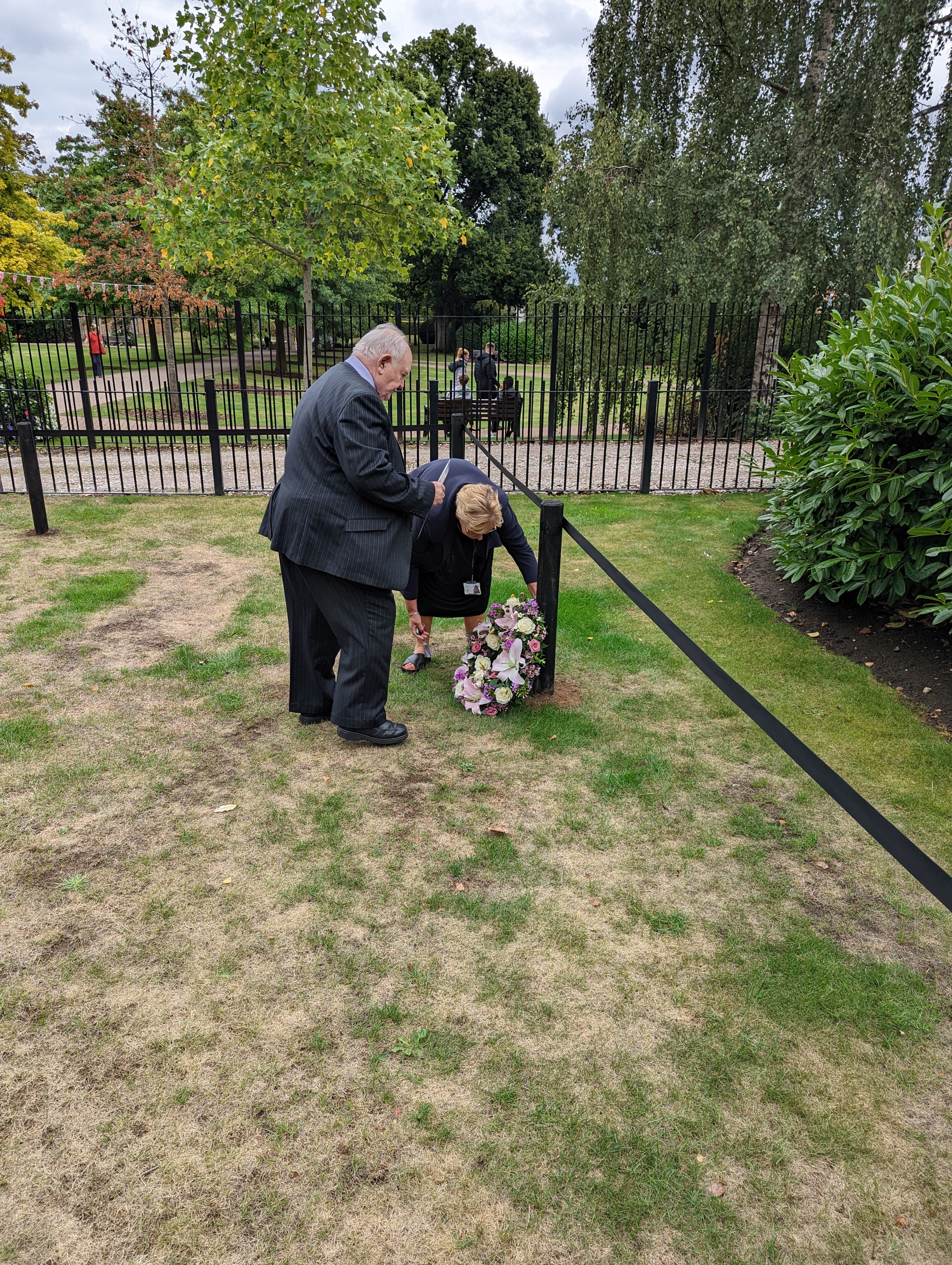 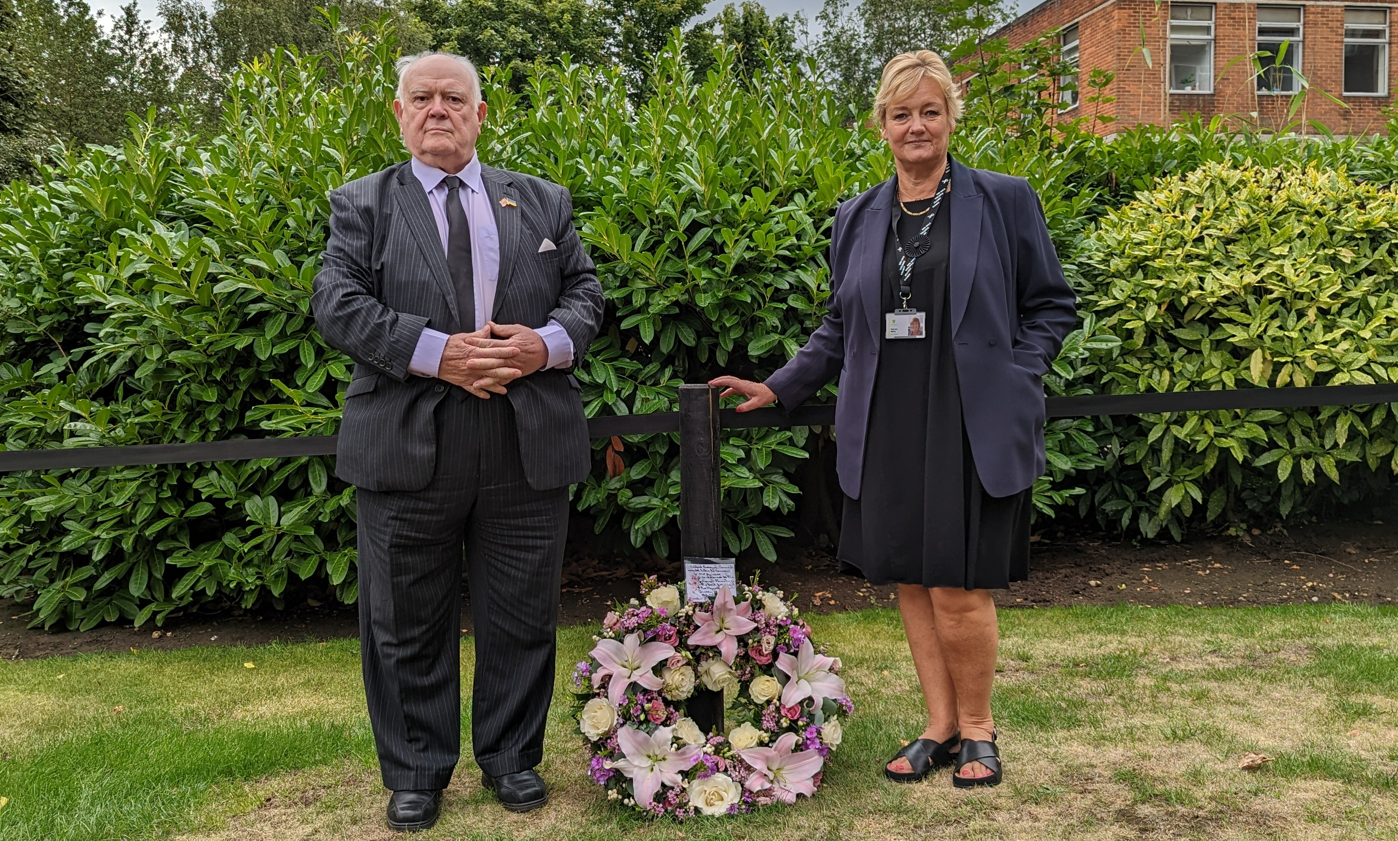 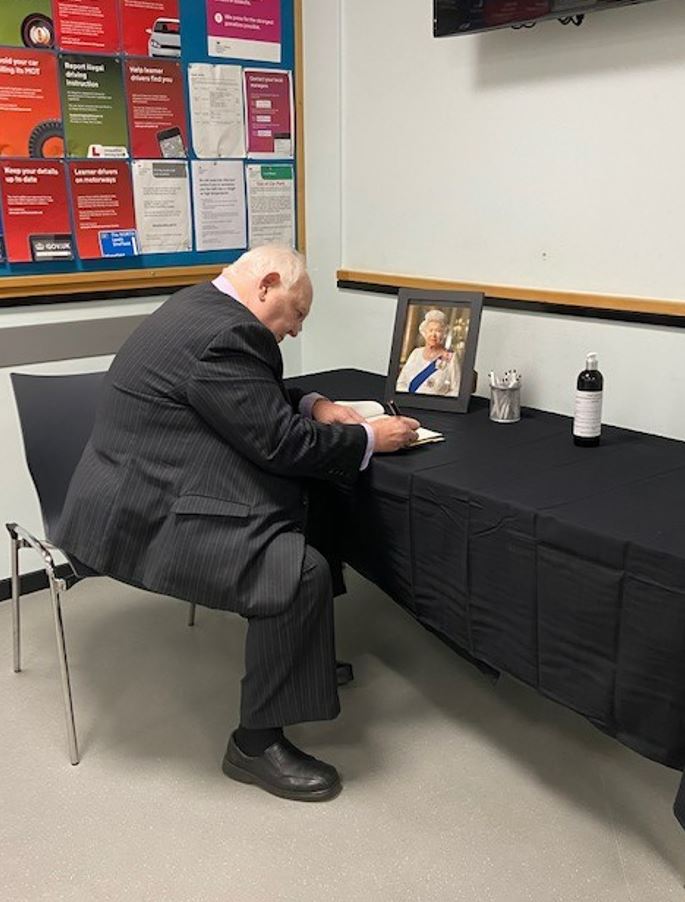 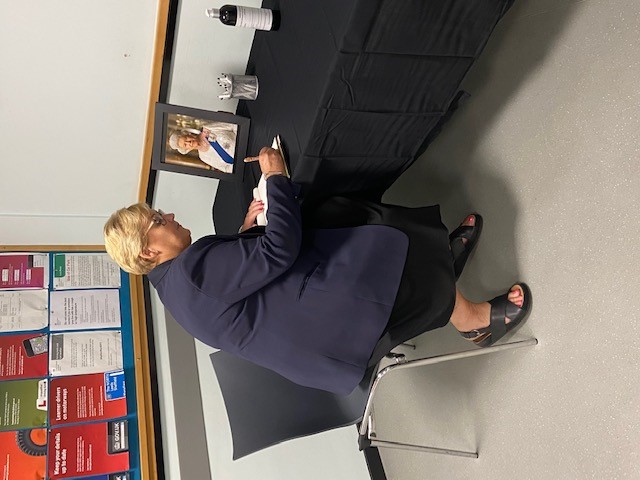 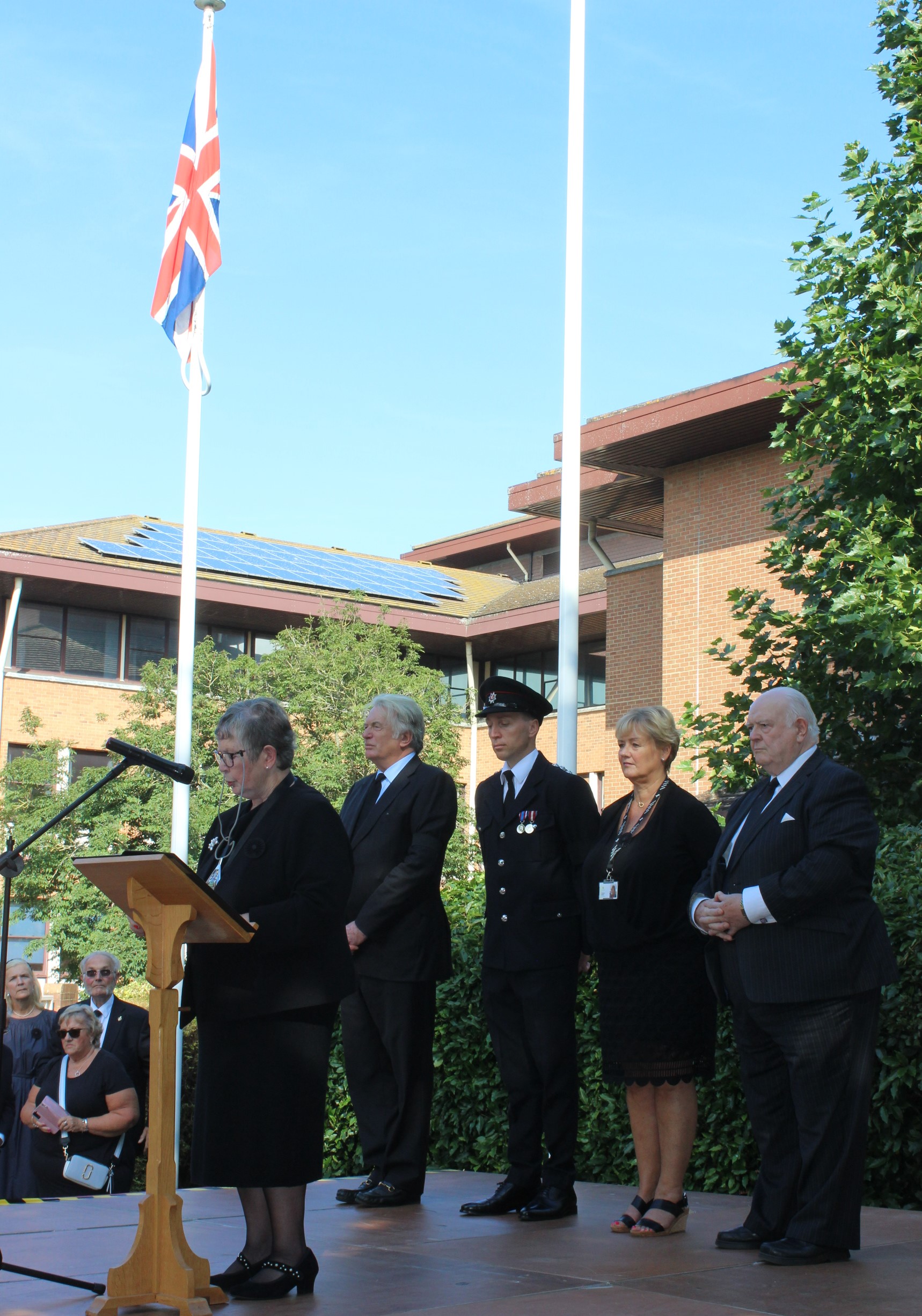 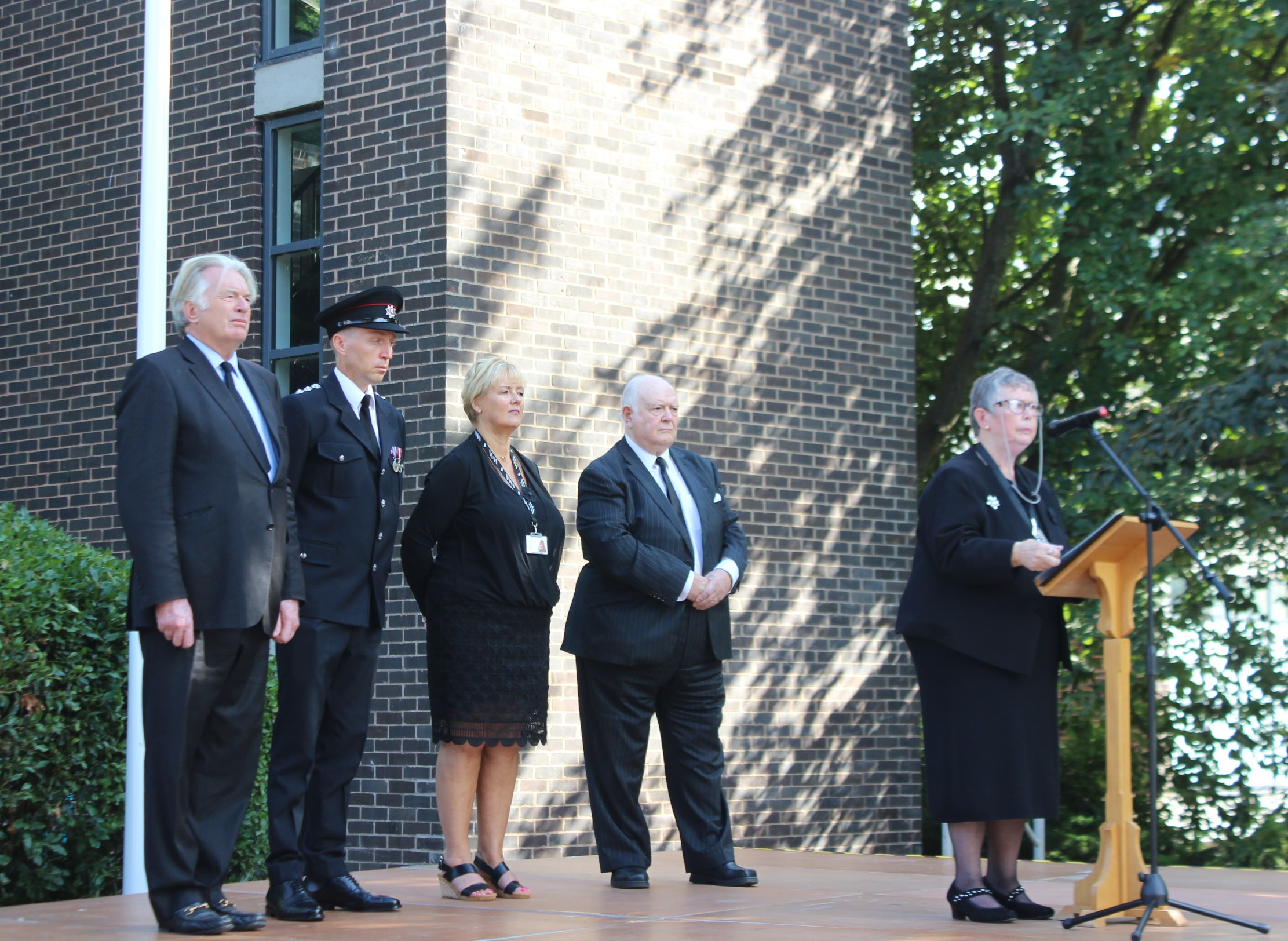 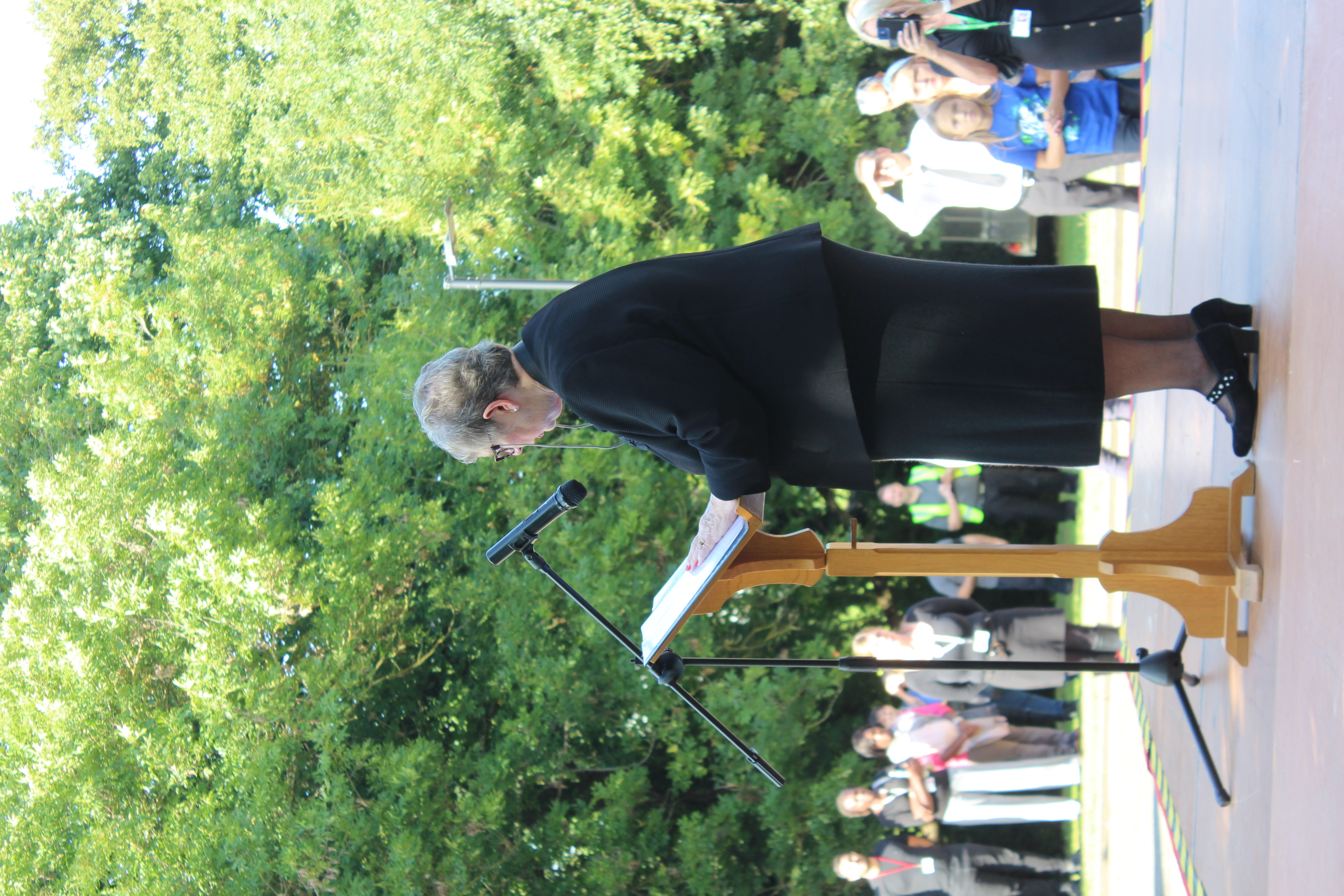 Members of the public attending the Proclamation service at Ashford’s Civic Centre on 11 September, 2022 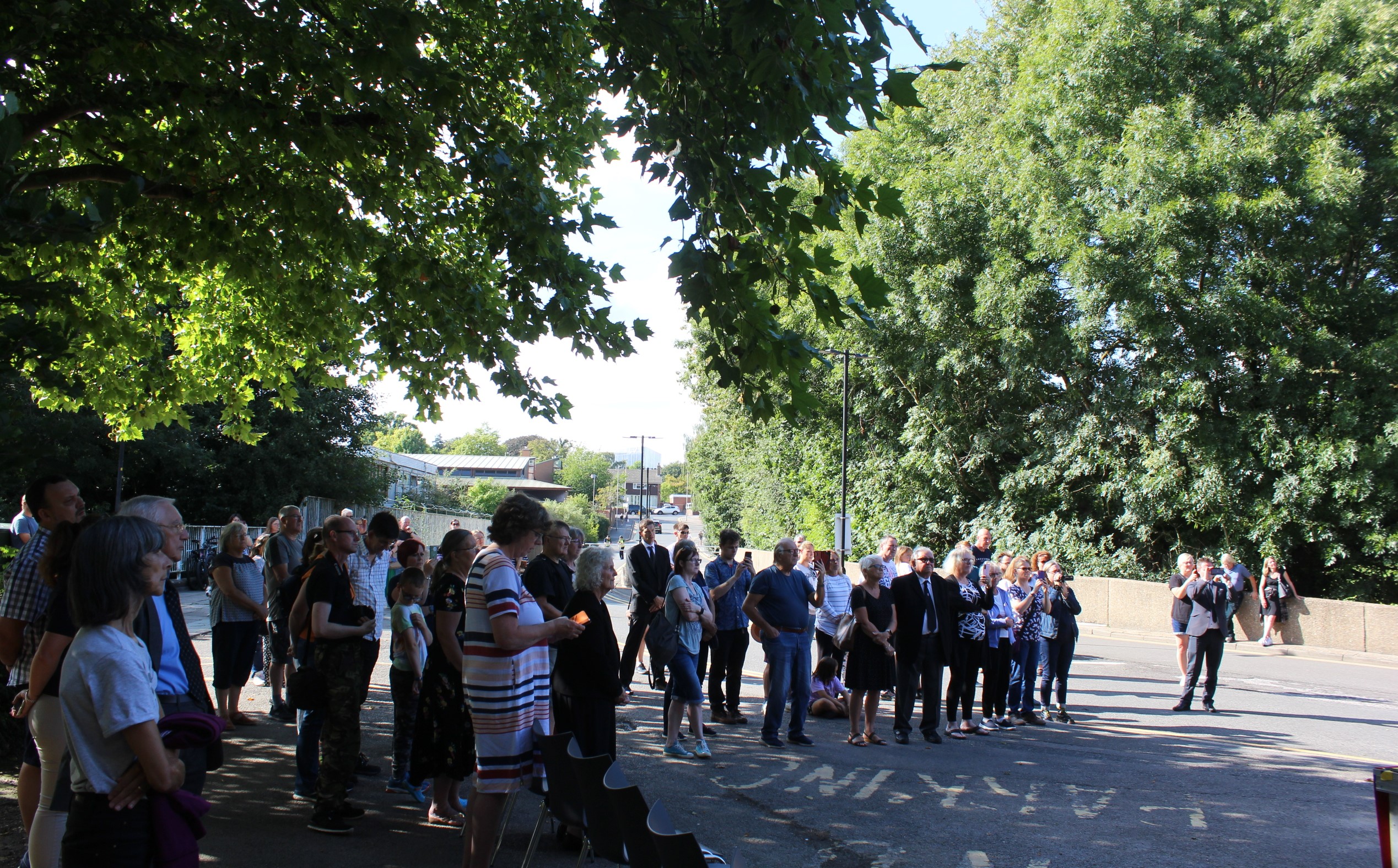 Members of the public attend and follow a Proclamation service at Ashford’s Civic Centre on 11 September, 2022 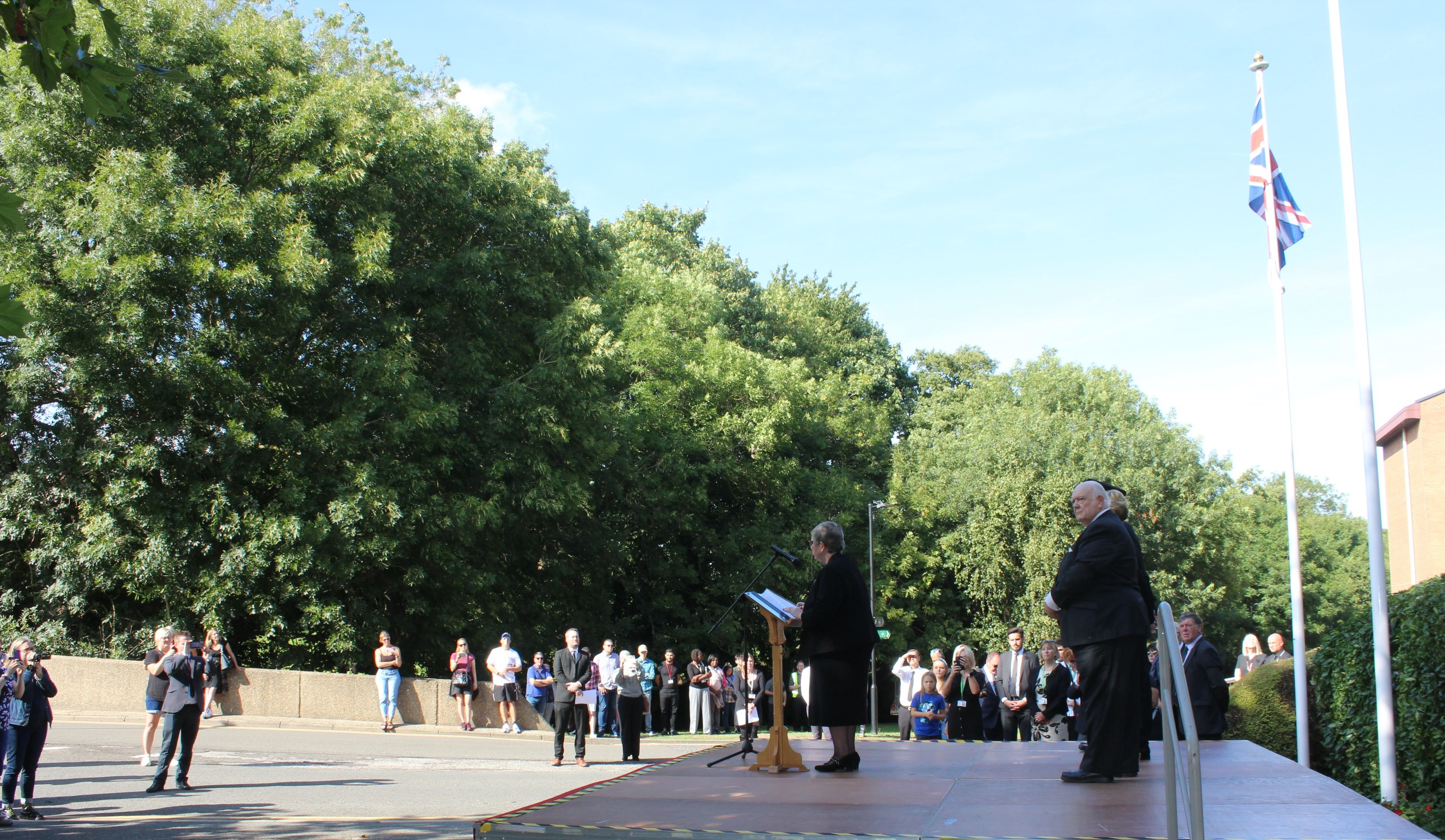 Union Flag flying at half-mast outside of Ashford’s Civic Centre on Thursday 8 September, 2022 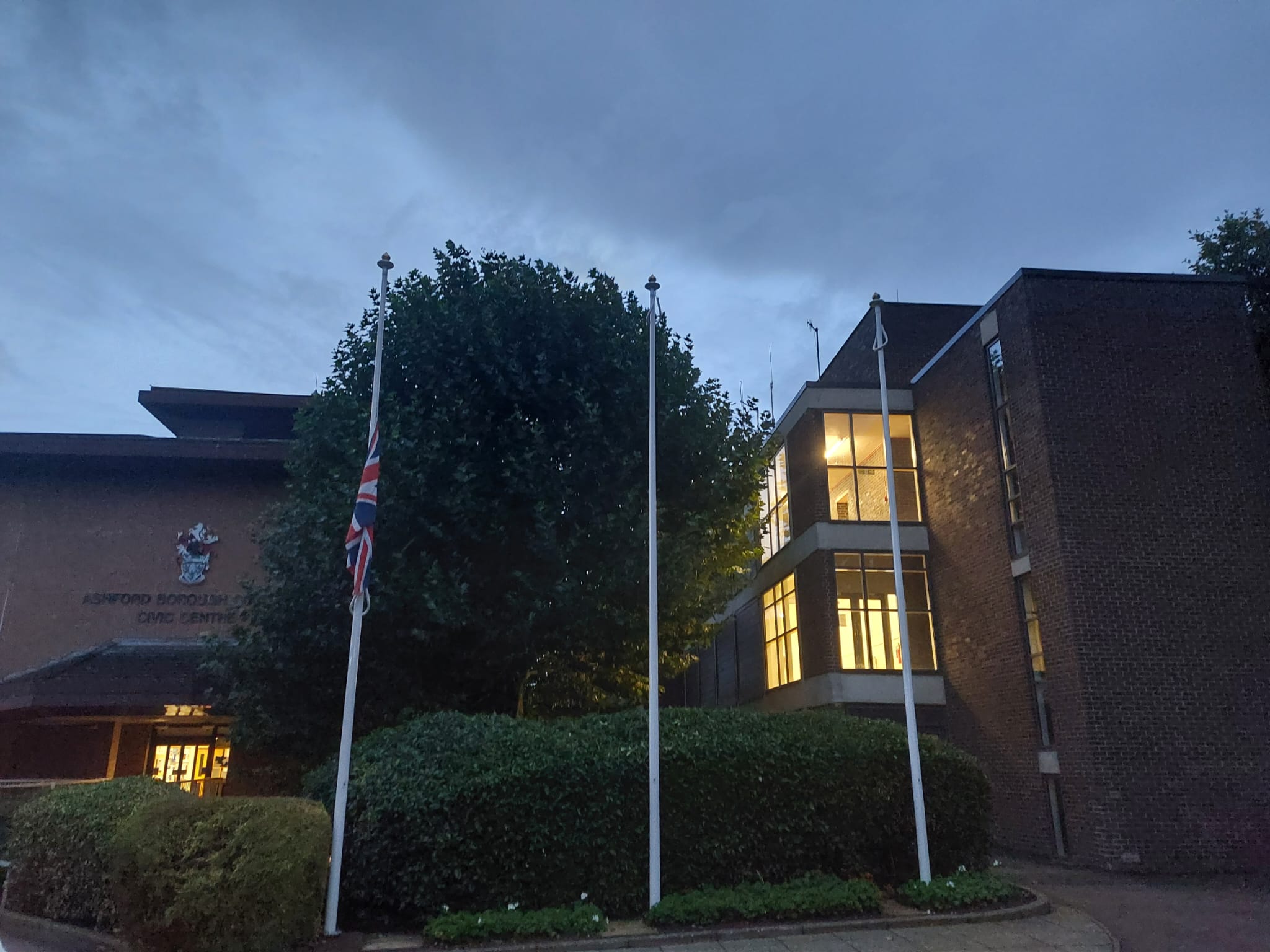 Following the death of Her Majesty The Queen, and the wishes of His Majesty The King, The Queen’s Green Canopy (QGC) initiative will be extended to the end of March 2023 to give people the opportunity to plant trees across the borough in memoriam to honour Her Majesty. For more details visit our News Hub.