2020 marked the 80th anniversary of the Battle of Britain, which took place between July and October 1940. The battle was a military campaign in which the Royal Air Force (RAF) defended the United Kingdom against large-scale air attacks from Nazi Germany’s air force, the Luftwaffe.

15 September 1940 was officially named Battle of Britain Day as it was the day when RAF Fighter Command claimed a decisive victory over the German Luftwaffe, forcing Hitler to postpone plans to invade Britain. The Battle of Britain had been won, even if only by a small margin, and the threat of invasion averted.

The Spitfire and the Battle of Britain

This display was accompanied with three panels telling the story about Kent's involvement with the Battle of Britain and the country's connection to the iconic plane. You can view the information panels below.

Ashford’s role in the fight against the German Luftwaffe

A total of 13 RAF Squadrons were based at Kent airfields at the outbreak of the war. However, in order to mislead the Luftwaffe, Germany was led to believe that the RAF was growing so rapidly that more than 50 squadrons alone were based in Kent. While there was room for 50 squadrons, decoy airfields as well as small airfields, known as advanced landing grounds, were constructed.

The Advanced Landing Grounds were an essential part of the war effort. As the plans for the eventual Allied invasion of Europe were formulated, the need arose for further airfields in the southeast to be used for a short period only. A total 23 were built, of which many were in Kent. These existed in Brenzett, Egerton, Great Chart, Headcorn, High Halden, Kingsnorth, New Romney, Staplehurst and Woodchurch.

This former Royal Air Force landing ground was located approximately 3 miles west of Ashford, within the parish of Great Chart. Opened on 13 August 1943, it was one of the first Advanced Landing Grounds to be constructed. This prototype landing ground was the basis for building future temporary landing grounds in France to provide air support to troops advancing towards Germany.

The RAF, the Royal Canadian Air Force and the United States Army Air Force all flew from RAF Ashford. It was from this airfield that the American P-47 Thunderbolt fighter aircraft carried out countless raids over Europe in preparation and to support the D-Day landings of 6 June 1944.

During a night time raid on 22 May 1944 a 1,000-pound bomb was dropped on the RAF Construction Units at RAF Camp Great Chart at Coleman’s Kitchen, killing 15 RAF personnel of the 5003 Squadron. A memorial to the brave men who lost their lives whilst serving at RAF Ashford stands at the roadside opposite St Mary’s Church, Great Chart (pictured below).

RAF Ashford (aerial picture below) closed in August 1944 and the land was returned to agricultural use. 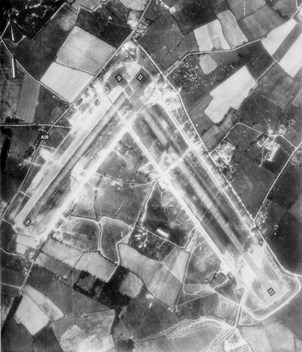 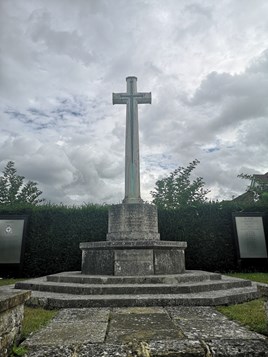 RAF High Halden was designated as a stand-by Advanced Landing Ground, it was not used until 13 April 1944. It was located approximately 8 miles (13km) west-southwest of Ashford and was used by the United States Army Air Forces before it closed and returned to agriculture in September 1944.

RAF Kingsnorth was one of the first sites to be selected and it opened in June 1943. The airfield was used by British, Dominion (Commonwealth countries) and United States Army Air Forces until it was closed in September 1944.

RAF Headcorn was an advanced landing ground based at Egerton. This caused many mix-ups for writers as the airfield at Headcorn itself was called RAF Lashenden, the reason for its peculiar naming was an attempt to confuse the enemy.

RAF Headcorn was also used by the RAF and the United States Army Air Force (USAAF). On 6 June 1944, the 362nd Fighter Group USAAF took off to support the invasion of Normandy. The airfield later closed in September 1944 and the land was returned to agricultural use. 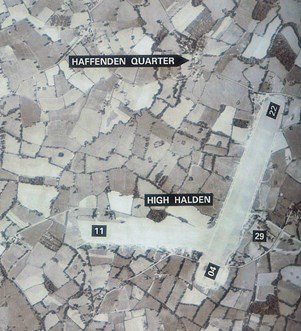 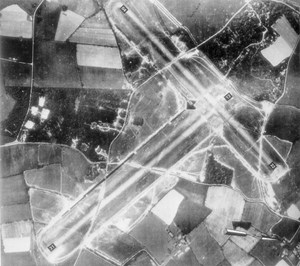 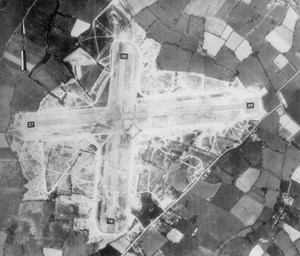 Pictured below: Plaques at the RAF Headcorn War Memorial, remembering those who died whilst based at the airfield. 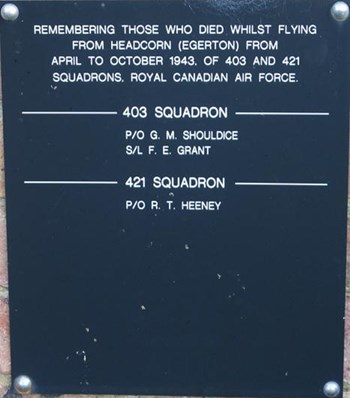 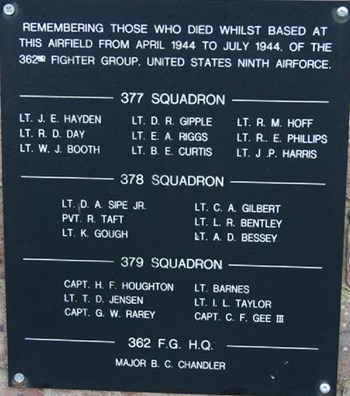 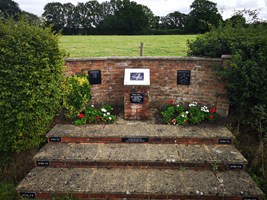 Discovering more about the Battle of Britain in Kent

Battle of Britain in the Spotlight

Battle of Britain 80th anniversary message from The Mayor of Ashford

The Mayor of Ashford's speech commemorating the 80th anniversary of the Battle of Britain at the RAF Headcorn Memorial, Egerton 2pm, Sunday 13th September 2020.

A poem read by the Mayor’s Chaplain, Reverend John Emmott. Battle of Britain pilot, Flt Lt William Walker, wrote his poem "Our Wall", in memory of those who lost their lives in the Battle. It is inscribed on the wall at the Battle of Britain Memorial at Capel-le-Ferne near Folkestone.

Here is a reading of 'The Few’ by Cpl Woolcombe, of the The Royal Air Force Cadets 305 (Ashford) Squadron.

Here is a reading of ‘High Flight’ by Cpl Marar, of The Royal Air Force Cadets 305 (Ashford) Squadron.

Enjoy this performance from the Kent RAF Air Cadets Band at the Battle of Britain Memorial Parade at Capel-le-Ferne in 2019. You can watch the video via YouTube.

Listen to British and Polish RAF pilots who fought in the Battle of Britain recall their experiences. This fascinating programme on the BBC World Service, released on 4 September 1990, was restored as part of the World Service archive project. Pilots not only recount what it was like to fight during the battle, but how they trained in flying formation – by practicing on three wheeled bicycles.

Why it is Important to Remember the Few

Remembering, and more importantly understanding, events of the Second World War give younger generations a chance of building on those lessons and learning from them. The Royal Air Force Benevolent Fund have produced a blog about why it is important to Remember the Few.

Five things you might not know about the Battle of Britain

Do you want to know more about the Battle of Britain? Read five interesting things you might not know about the battle on the RAF Benevolent Fund website.

Get ready for take-off! Are you Team Vulcan or Team Spitfire? Put these two iconic aircraft to the test in this paper plane challenge! CBBC Presenter Ben Shires sets your challenge from his home in Yorkshire. Find out your mission briefing from Ben. You can also download plane templates or draw and make your own from scratch.