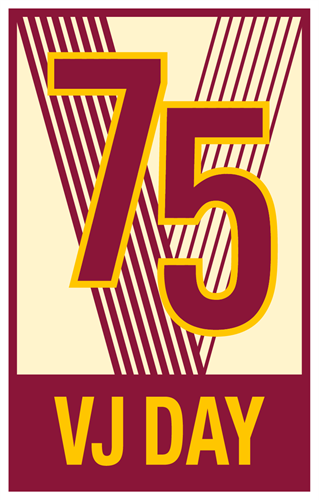 What is VJ Day?

Victory over Japan (VJ) Day is the day in which Imperial Japan surrendered effectively ending the Second World War on 15 August 1945.

What happened in the Lead up to VJ Day?

The fighting in Europe ended on 8 May 1945, known as Victory in Europe (VE) Day, but many soldiers and airmen from the Allies were still fighting Japan in the Far East.

The Allies had told Japan to surrender on 28 July 1945, but the deadline came and passed without a response. The US subsequently dropped two atomic bombs on Japan, one on the city of Hiroshima, on 6 August 1945, and another on the city of Nagasaki three days later.  Japan soon surrendered on 15 August 1945.

Why is VJ Day so Important?

VJ Day marked the end of almost six years of war and incomprehensible losses of life.  The Second World War was the deadliest conflict in human history, involving over two dozen countries, and casualty totalling upwards of 80 million people.  The end of hostilities meant that war-torn peoples and nations could begin to recover.

At the end of the War 3.8 million British men and 400,000 women were demobilised, and could return to their homes and families, some for the first time in years. To this was added tens of thousands of evacuees, who returned home. Millions of personnel from the British Commonwealth forces also faced long journeys back to their homelands across the world.  Whilst over 60 million refugees across the world were displaced needing to rebuild their lives. 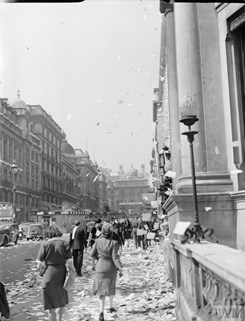 How was VJ Day Celebrated?

King George VI addressed the nation from a balcony at Buckingham Palace and streets across the nation were filled with people singing, cheering and dancing.  Bonfires were lit, fireworks sent soaring into the sky and historic buildings floodlit as the whole country celebrated the news that their remaining troops would soon be returning home.

Pictured right: Civilians walk amongst the piles of torn up paper which have been thrown, 'ticker tape'-style, from the windows of offices, on Lower Regent Street, London, to celebrate the signing of the Peace with Japan, 15 August 1945.  © IWM D 25638 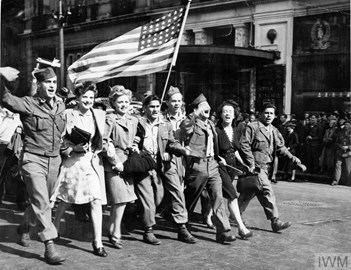 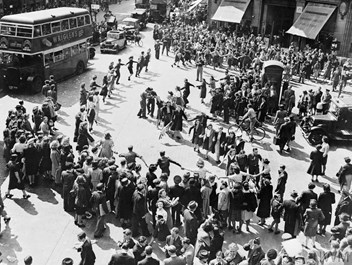 Picture below: Civilians and service personnel in London's Piccadilly Circus celebrate the news of Allied Victory over Japan in August 1945 © IWM D 25636 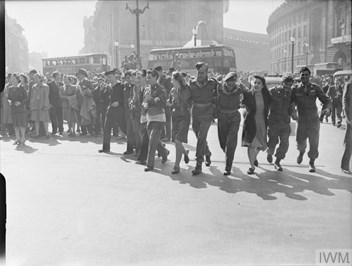 VJ Day Message from the Mayor of Ashford

The Mayor of Ashford, Councillor John Link addresses the citizens of the borough in remembering the 75th Anniversary of Victory over Japan.

Enjoy this performance of The Last Post from Leading Cadet Budden from Folkestone & Hythe Sea and Royal Marines Cadets.

The Imperial War Museums has extremely rare colour footage of the VJ Day celebrations in 1945.  Lieutenant Sidney Sasson of the US Signal Corps, Army Pictorial Service, shot the footage of celebrations around Piccadilly Circus in London, 15 August 1945.

Hear from World War II veterans on their experiences during the war and their journeys home. All archive footage used in these films is copyright AP/British Movietone unless identified otherwise.